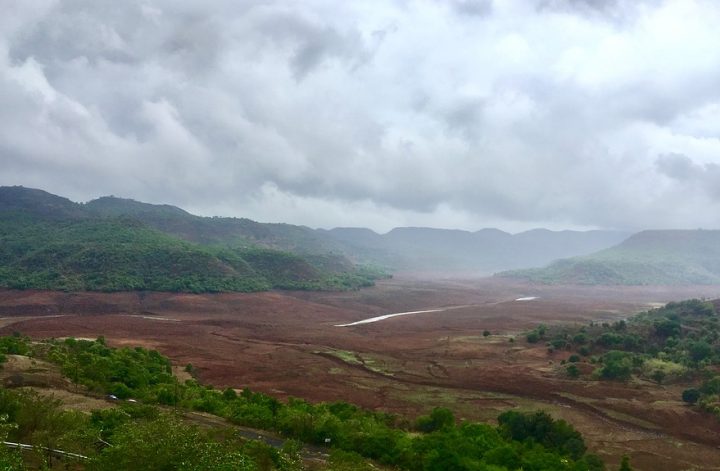 Seasonal change in the direction of usual, strongest winds of a region is termed as monsoon. Throughout most of the tropics, it causes a dry or wet season. It is mostly associated with the Indian Ocean. Pakistan Meteorological Department (PMD) reported about monsoon rainfall distribution that climate change has resulted in a 100-kilometer spatial shift westward in Pakistan’s general monsoon pattern over the last three decades. During Summer the land is hotter as compared to the sea so the wind blows and carries moisture from the sea to land as a result clouds are formed this is known as an advancing monsoon. During the winter season land is colder as compared to the sea so the wind blows to the sea from the land known as the retreating monsoon. Monsoon rains can be harmful or may be helpful. For more information regarding it, please read: Monsoon Season of Pakistan – Importance and Problems

Monsoon season has been changing its pattern over the past few years due to Climate Change and global warming induced global climatic alterations – in Pakistan as well as India and other neighboring countries of Pakistan. This has resulted in a plethora of negative impacts, some of which are listed below:

The horrible 2010 Floods of Pakistan, which impacted the whole of Indus River basin and therefore almost all of Pakistan, were caused by heavy monsoon rainfalls. Heavy monsoon rains occurred in the Khyber Pakhtunkhwa, Punjab, Gilgit-Baltistan, and Azad Kashmir areas of Pakistan in the last week of July 2010, causing floods all over Pakistan. Swat district was severely impacted. The flooding was due to monsoon rainfall, or rather erratic and heavy monsoon rainfalls, which according to NASA were due to La Nina. Similarly, heavy rain began in Baluchistan and Sindh on August 6-7 2020, with intermissions. Floods were caused by the Monsoon rains in Karachi, Hyderabad, and Dadu etc. These floods have been reported to have not only resulted in loss of precious human life but also damage to infrastructure and destruction of crops etc. Read: Flash Floods – Causes, Effects, Prevention and Management

Heavy monsoon rains trigger flooding, landslides, and mudslides in northern and north-eastern Pakistan. Even during the previous week’s (June, 2022) freak monsoon rains, around 12 deaths were reported by media, seven in Hajira village (Poonch District, Azad Jammu, and Kashmir Territory) as a result of a landslide and mudflow, and five more across the Khyber Pakhtunkhwa region as a result of other landslides.

Soil erosion produced by monsoon rainfall is heavily reliant on vegetation and its vitality at ground level. Soil erosion increases on degraded grazing land with sparse vegetation cover, which leads to siltation of rivers and channels. Soil fertility declines due to the removal of topsoil resulting in low production of forage, fodder, fuel wood, timber, and grains. Read more: Soil Erosion and Degradation – Causes, Effects, and Solutions

Rainwater is essential for agriculture; Pakistan receives rainfall not only in the summer but also in the winter. During the summer monsoon season (July to September), easterly depressions emerge in the Arabian Sea and the Bay of Bengal, bringing rain to Pakistan’s low-lying plains. Rainfall is the principal source of water supply for agriculture in most regions of the world. However, unpredictable rains or longer periods without rains can cause severe damage to a country’s agriculture and Pakistan being an agricultural country is expected to face the brunt of this aspect of erratic monsoon rains. Heavy rains in 2010 and 2019 caused devastating flash floods in Pakistan damaging crops and further reducing crop yields and increasing food insecurity.

In Pakistan, the monsoon rain has been the worst in Karachi in 90 years, causing floods in Sindh and Karachi. Thousands of homes, bridges, and highways have been damaged or destroyed. Pakistan’s monsoon flood tragedy in 2010 was vast and unprecedented, in which all parts of Pakistan were effected badly. The floods destroyed primary infrastructure such as tube wells, water channels, household storage, houses, personal seed stocks, fertilizers, and agricultural machinery, causing unprecedented damage to agriculture crops, livestock, fisheries, and forestry, according to an FAO report. Similarly, infrastructure like roads and bridges etc were also impacted and over the years thousands of people have lost their previous lives. Changing patterns of monsoon rains as well as changes in its intensity have and will continue to result in heavy losses – of both, precious human life and monetary losses.

The 2010 monsoon flood catastrophe in Pakistan was large and unparalleled, killing over 1,700 people, flooding over 20% of the land area, impacting over 20 million people, and inflicting billions of dollars in damage to infrastructure, and houses, agricultural and livestock, and other household assets. Roads, bridges, and marketplaces all suffered significant damage. Future erratic and unpredictable monsoon rains will have similar impacts unless proper preemptive actions are taken to curb the impacts of them. Some steps that government can take have been discussed in the following article: 10 Initiatives Governments Need To Take To Control Climate Change and Environmental Degradation

Scarcity of water is a worrisome condition that is currently occurring in Pakistan. The country is ranked 14th out of 17 countries with a “very high-water risk,” a list that includes hot and arid countries like Saudi Arabia. You might also want to read: Water Scarcity Crisis in Pakistan: Causes, Effects, Solutions. For at least one month of the year, more than 80% of the country’s entire population endures a “serious water shortage.” As a result of changing monsoon patterns, disappearing glaciers, rising temperatures, and the frequency of floods and droughts, the country is already confronting climate-related challenges to its water supplies. The water deficit caused by harsh weather conditions is also projected to result in a food crisis in Pakistan, as agriculture area and yearly production are decreasing with each passing year. Fore more information, check out: Water Crisis in Pakistan- Current and Future

As the temperature rises and the monsoon season approaches, the demand for energy rises, but supply remains a concern. Damage to power lines and electricity poles due to strong monsoon winds and rains further makes this a more serious issue.

Climate change will increase the unpredictability of monsoon rains, as well as the frequency and intensity of severe events like floods and droughts. Most of Sindh’s Tharparkar district is experiencing famine-like conditions, with at least 32 emaciated children believed to have perished. Droughts have occurred in Pakistan mostly as a result of significant changes in monsoon rainfall. Observing rainfall patterns reveals that the number of wet monsoon days has decreased. Monsoon rains that used to run from July to September have been reduced to only August during the previous two decades. However, the severity of these rainfalls has grown and is a major source of flooding in Pakistan.

Heatwaves are typically unusual in the season before the monsoon; nevertheless, the extremely high temperatures even before proper start of summer season in the year, combined with significantly less than average rain, have resulted in catastrophic heat conditions with disastrous repercussions for public health and agriculture. Hundreds of people lost their lives in Pakistan during the June 2015 heat wave, which happened amid the monsoon season. Extreme humid conditions due to monsoon rains and extreme high temperatures make matters even worse. Freak Monsoon events refer to unusual monsoon rains, either in frequency or intensity or time period, all of which have becoming too common over the past few decades. These have a lot of negative impacts in all areas of Pakistan and in all modes of life. For more information about heatwaves, kindly read: Heatwaves in Pakistan And India – Causes, Effects, Solutions

Monsoon may be harmful or may be helpful. The summer monsoon season is really important in Pakistan for agricultural and economic purposes. These rains are employed not just to irrigate plants in the agricultural sector, but also fill our water reservoirs and replenish our water sources for all types of uses, from electricity production to agriculture. However, changing monsoon patterns are impacting Pakistan negatively and will continue to do so unless some proper measures are taken by the Pakistani government to mitigate its impacts and adapt to the changing monsoon season patterns etc. 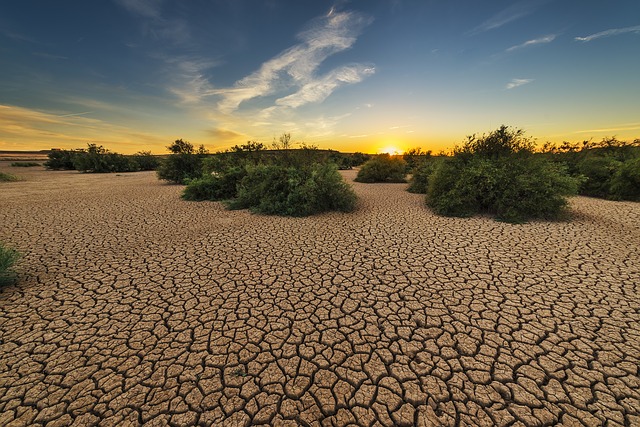 Condition and Effects of Soil Health in Pakistan 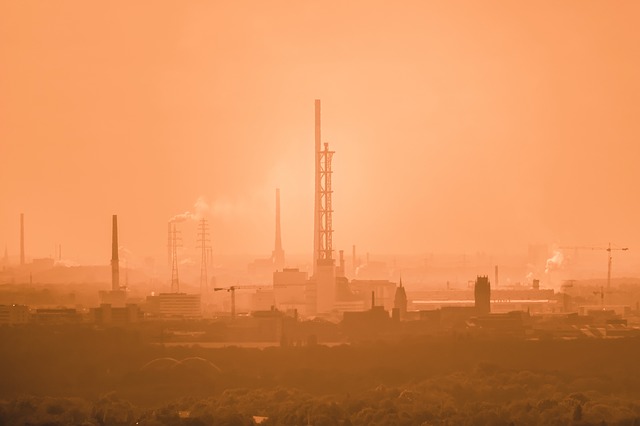 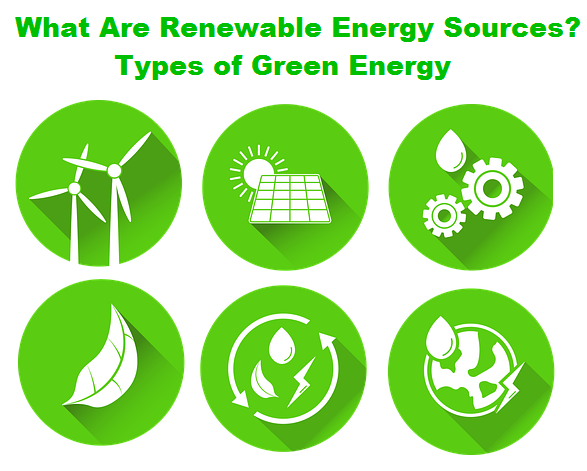