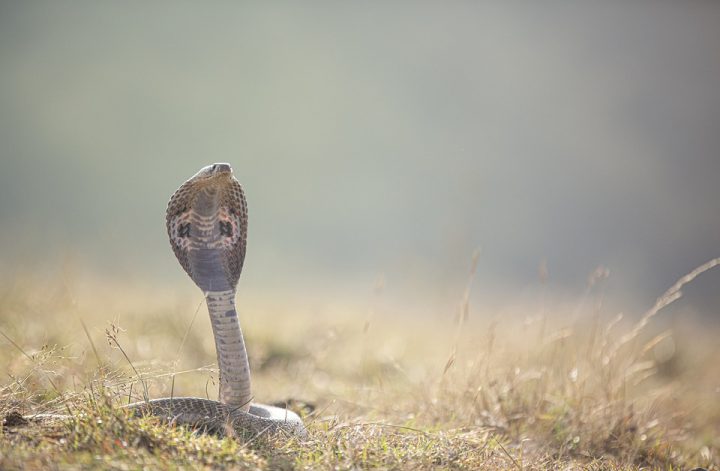 Pakistan shares its borders with different countries and has great geographical location with diverse animal species. Pakistan is blessed with incredible biodiversity and is home to amazing animal species. Animals are important component of the ecosystem. Pakistan’s climatic and geographical features are diverse. The northern areas of the country contain mountain regions with greenery and the southern parts of the country are dominated by the plains. These climatic and territorial patterns also affect the animal species which brings a lot of diversity in the wildlife of Pakistan. According to the latest reports, only 5 % land of Pakistan is covered with forests. The forests provide protection and shelter to the animals but there are some factors that is effecting the growth of forests in Pakistan and also the wildlife of Pakistan.

Pakistan is a beautiful country that is endowed with abundant biodiversity in addition to stunning scenery and all four of the seasons in all their splendour. There is a great variety of plant and animal species, some of which are even indigenous. Everyone is aware that Pakistan is home to a variety of amazing animals and birds. To protect themselves and render their prey helpless, many animals naturally produce venom, toxins, and poisons. Other species pick up toxins through the food they consume. Venomous animals appear in a wide variety of colours, sizes, and shapes, from jellyfish to snakes, therefore Pakistan is home to a number of venomous and poisonous animals.

List of some of the most deadly and dangerous venomous and poisonous animals found in different regions of Pakistan that can potentially kill a person include the following:

The scientific name of Sindh krait is Bungarus sindanus. The snake come out at night. At night, it is highly nimble and energetic. It frequently hides in loose soil, rodent tunnels, and under debris, thus it is rarely observed during the day. From coastal lowlands in the north and east to the districts of Waziristan and Quetta, Pakistan is home to the Kraits. Additionally discovered not far from the Iran-Pakistan border in the southwest of Pakistan. It contains venom which can be fatal and stick to the prey like frogs, mice and toads. They enjoy dry and warm places and are nocturnal. They can bite animals and humans if they feel threatened.

The scientific name of Indian cobra is Naja Naja. This cobra is nocturnal and is most active at night and in the morning. In the course of hunting, it might infiltrate houses. It flits around aimlessly in quest of its prey, which is primarily consists of mice, rats, chickens, frogs, and snakes. This species of cobra is quite widespread in eastern Pakistan with tall grassy areas. It is found in Sindh, Baluchistan, and Punjab. It is one of the dangerous and venomous animals found in Pakistan. If bitten, it can show the symptoms in eight minutes and the symptoms include blurred vision, headache and the severe symptoms that can occur in two to three hours include vomiting, abdominal pain, pain around the bite area etc.

The scientific name of Black Pakistan cobra is Naja Naja karachiensis. Southern Pakistan has been the reported location of N. n. karachiensis. The venom is extremely toxic. About 8 minutes after the bite, symptoms of a snake bite start to appear. Anxiety strikes the victim, and their heartbeat becomes erratic, weak, and rapid. The sufferer quickly enters a deep coma.

One of the venomous snakes found in Pakistan. The scientific name of Russell ’s viper is Daboia russelii. This snake is mostly active at night, especially during hot weather. From the Pakistan-India border to the Indus Valley, the provinces of Sindh and Punjab are home to the Russell’s viper. It’s territory also stretches from Rawalpindi to Karachi.  The appearance is yellow to orange-brown with spots on the entire body.

The scientific name of Saw-scaled viper is  Echis carinatus. The Saw Scaled Viper inhabits in desert regions. Sand, rocky, and scrubby woodlands are among its other habitats. It is also prevalent in deserts and other arid regions. In Pakistan, it can be found on the Astola Island off Makran Coast in Baluchistan as well as in the Thar and Cholistan deserts in Sind and Punjab. Because of its highly toxic venom, abundance near cultivated areas, and aggressive, easily agitated nature, this snake is regarded as the most dangerous in the world. This  deadliest snake has a strong venom, which can be problematic because it can cause severe life threatening conditions such as blood clotting, internal bleeding and kidneys failure.

The scientific name of Horned viper is Pseudocerastes persicus. In Pakistan, it is found in different regions including Waziristan, deserts region of country and Baluchistan. During the day, it is lethargic, docile, and less prone to bite; at night, it becomes dangerously active and aggressive.

The scientific name of the Deathsatlker Scorpion is Leiurus quinquestriatu. It is found in eastern Pakistan. It carries harmful venom, a blend of neurotoxins that induce excruciating agony and, if bitten can cause paralysis, coma and even death. They frequently inhabit deserts and shrub lands where they hide behind rocks and feed on insects.

The scientific name of marble cone snail is Conus marmoreus. In Pakistan, it is typically seen in Karachi’s coastal regions. It is rumoured to possess the most lethal and potent venom, enough to kill 20 people with a single drop. 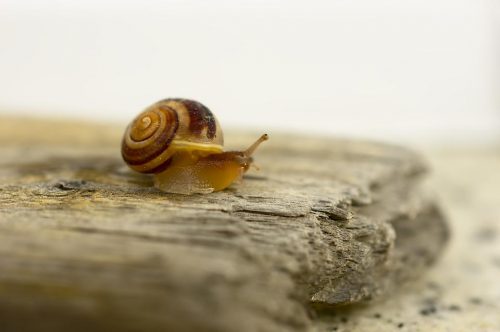 The scientific name of Blue ringed octopus is Hapalochlaena. It can be found in Pakistan’s maritime environment. They are tiny but their venom is potent enough to kill a person.

The scientific name of Himalayan pit viper is Gloydius himalayanus. It can be found in the Himalayan region of north-eastern Pakistan. It has a heat-sensing ability and is hazardous and harmful. The venom can leave the body swollen and in excruciating discomfort.

The scientific name of Levantine viper is Macrovipera lebetina. It inhabits arid, rocky, and mountainous areas. It can be found in Chitral, Waziristan, and Quetta in Pakistan. The risk to man is high at night when they are aggressive.

One of the most venomous animals found in the world. The scientific name of Box jellyfish is Cubozoa. It has caused thousands of deaths. Their venom is one of the deadliest in the entire globe. The heart, neurological system, and skin cells are targets of its venom. It is found in Indian ocean.

Also check out: Bioaccumulation of Heavy Metals in Fish from Karachi Coast

The world’s most venomous species of cobra is the Asiatic cobra. Pakistan’s northern region is home to this poisonous snake. If you ever encounter this venomous snake, keep your distance. If an Asiatic cobra bites someone, they should receive prompt, adequate medical care.

The scientific name of Asian sand viper is Eristicophis. It is endemic to Balochistan’s desert region close to Iran, Pakistan, and Afghanistan’s borders. This species may also be crepuscular but prefers the night. Additionally, it is rumoured to have a nasty temper and hiss very loudly and deeply.

The scientific name of Persian horned viper is Pseudocerastes persicus and is found in flat and sandy regions. In Pakistan, they are found in Baluchistan and some other regions of the country. They are more active at night and are more likely to bite.

The scientific name of stonefish is “Synanceia verrucosa” and it is found in the shallows of Arabian Sea (coral and rocky reefs) in Pakistan. It is found in the rocky reefs hiding it for the prey. It has large mouth and strong jaws which enables it to swallow the prey as a whole. As it is a poisonous animal, it is also dangerous for the human beings.

The scientific name of Puffer fish is “Tetraodontidae” and is found in oceanic environment of Pakistan like Karachi. It is one of the poisonous fish and is also called blow-fish. 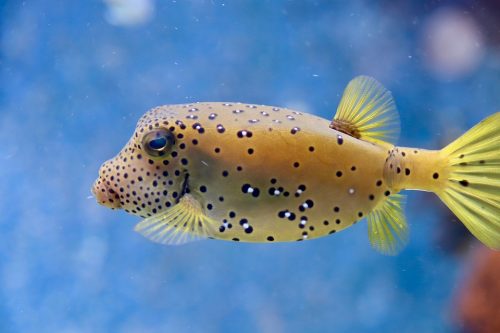 The scientific name of Poison dart frog is “Dendrobatidae” and is found in wet habitats. They have a bright colour that shows they are unfit to eat because they secrete poison through their skin which is dangerous and can kill.

Toxin dinoflagellate species in coastal fish can cause ciguatera poisoning and other types of poisoning upon consumption depending on the the species of the dinoflagellates. These organisms can be present in oceanic waters of Pakistan and can be found in large numbers in case of algal blooms etc.

Please, comment below if you have any suggestions, comments, or feedback! We #envpk love hearing from our readers! Thanks! 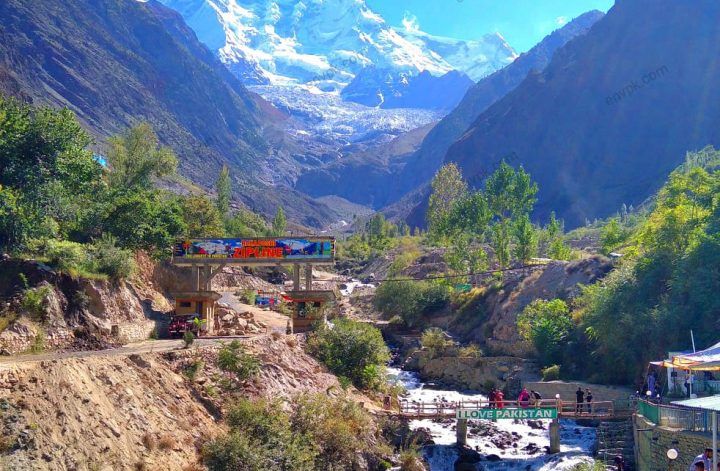 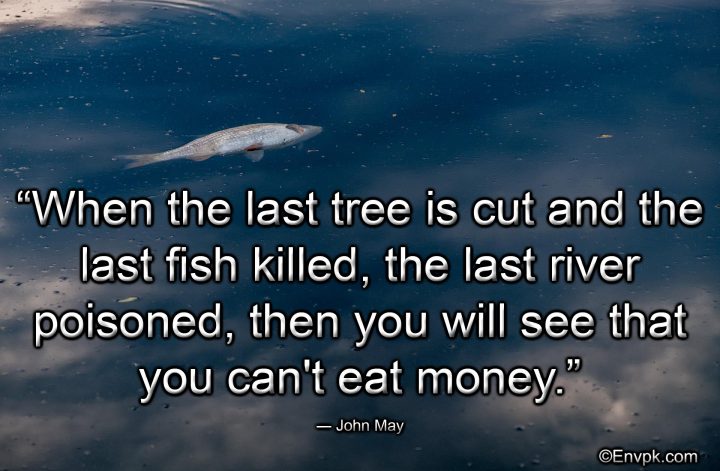 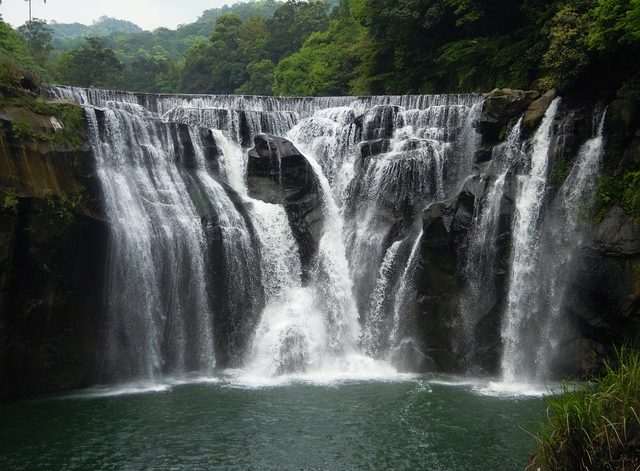 12 Most Beautiful Waterfalls in the World in Pictures